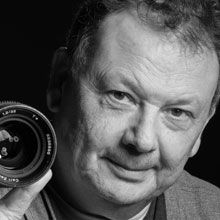 Master in Film Studies since 2014 and currently PhD researcher. Tony Costa is both a professional cinematographer and a teacher at Lusofona University where he is the head of the cinematography department.

He was born in Hamilton-Ontario, Canada in 1962 born from Portuguese emigrant parents whom have decided to return to Portugal in 1970’s. He was back to Canada in the 1980’s where he began taking a few professional courses in the camera department while was working in the Medallion Film Labs in Toronto. He began as an assistant camera in music videos in Toronto just before returning to Portugal where he pursued a career as an assistant camera up to being a cinematographer. His first feature as cinematographer was called «Sem Ela» in 2011.

Since 2004 he has been teaching in The Lusofona University in Lisbon by maintaining his professional assignments as cinematographer.

Tony was vice-president of IMAGO (The European Federation of Cinematographers) and currently he is the editor of the imago website.