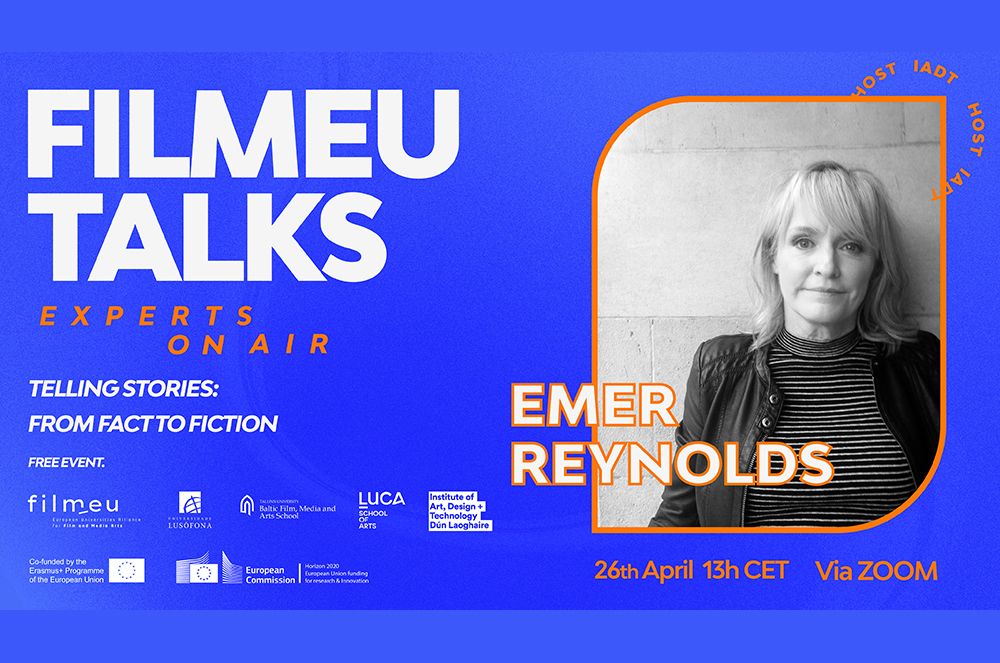 Emer Reynolds is an Emmy award-winning Director and Film Editor, based in Dublin, Ireland.

THE FARTHEST, her multi-awarded feature documentary on the Voyager spacecraft, won the 2018 EMMY for OUTSTANDING SCIENCE AND TECHNOLOGY DOCUMENTARY and the prestigious 2018 National Academy of Sciences Communication Award.

Emer’s debut feature documentary, the Grierson nominated HERE WAS CUBA - which she co- directed with John Murray - tells the story of the Cuban Missile Crisis, and garnered widespread acclaim for its riveting and visceral storytelling.

Her critically acclaimed third feature documentary SONGS FOR WHILE I’M AWAY - a poetic, celebratory and intimate look at the life and work of iconic Thin Lizzy frontman, Philip Lynott - has just enjoyed a wide international cinema release and was recently broadcast on BBC2.

Emer has just completed her debut narrative feature JOYRIDE written by Ailbhe Keogan, which stars Oscar-winner Olivia Colman alongside newcomer Charlie Reid, and is due for cinema release in Summer ’22. Her next film project, an adaptation of passionate novel MONTPELIER PARADE by Dubliner Karl Geary, is slated for shoot in Winter ‘22.

The event is free, but registration is mandatory. Link here.