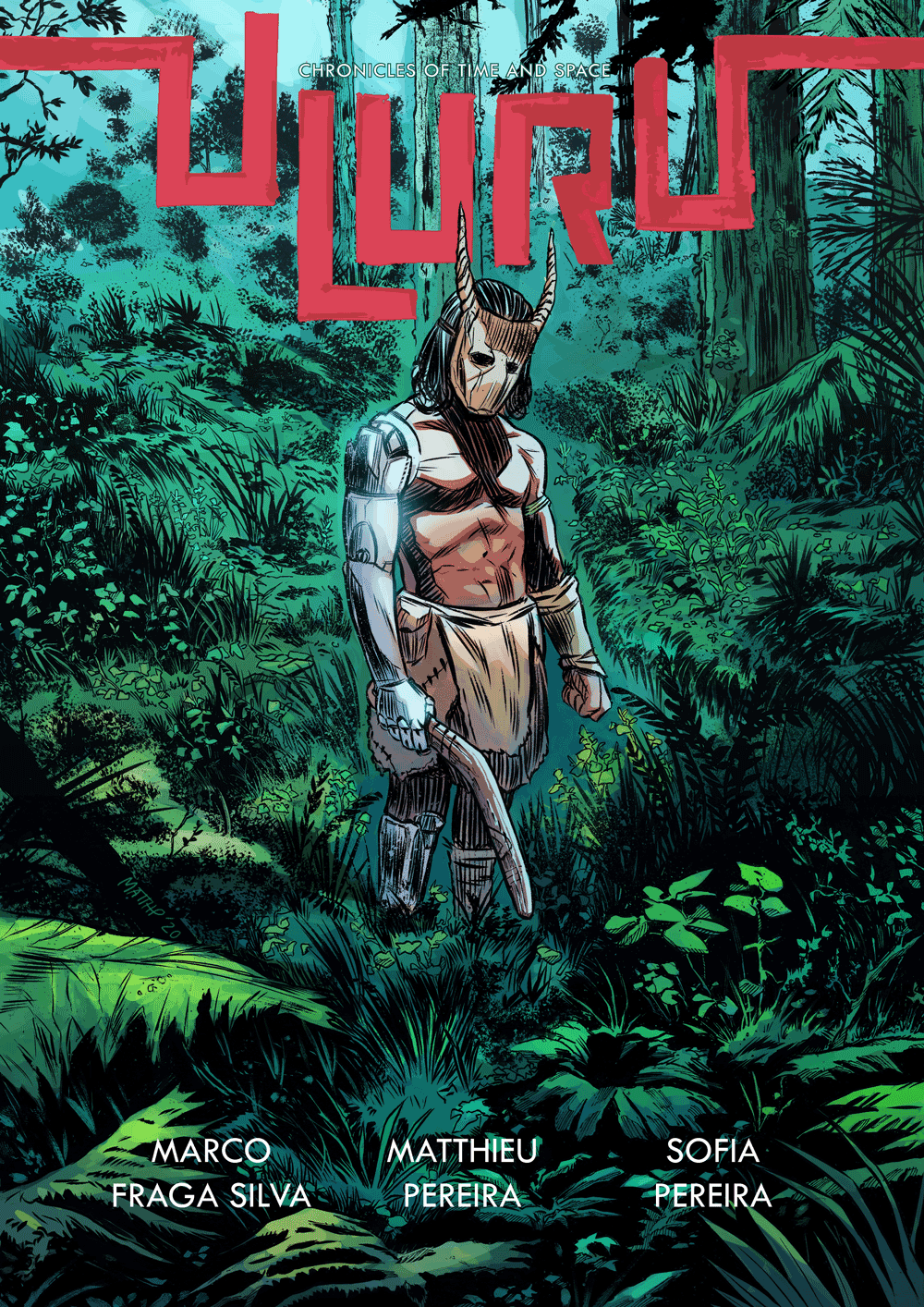 “Chronicles of Time and Space – Uluru” is a 158-page graphic novel imagined and written by Marco Fraga da Silva, illustrated by Matthieu Pereira, and colored by Sofia Pereira. This comic book is self-conclusive (but it opens the door to other narratives that will be produced in the future) and tells the story of a young man called Uluru who embarks on a journey across Australia, trying to emancipate himself from the control of two cybernetic entities who raised him. This is the story of how Uluru deals with grief and the lack of human interaction.

The color album is a sci-fi narrative with an emphasis on human relationships and less on the gadgets and advanced technology of the period portrayed – a time well after a catastrophic event that appears to have eradicated all humans from planet Earth, which led to the triggering of an emergency protocol called Ixchel; the protocol restarts several arks that appear in various places on the planet: the mission is to reintroduce the human species into the world's ecosystem.

Chronicles of Time and Space is a narrative universe that is being developed in a practice-based doctoral thesis in Media Arts by Marco Fraga Silva, under the supervision of professors Manuel José Damásio and Célia Quico. The thesis aims to create a speculative fiction transmedia franchise and to develop a model for the creation of transmedia franchises in Portugal.

The goal of this campaign is to publish in Portugal, through the Associação Tentáculo, a printed version of this comic book, in Portuguese, so that readers and collectors of national comics can read and enjoy and even offer it to friends and family. The money collected with this campaign will finance the costs of the campaign, printing the book and shipping the volumes in September 2022. Shipping the books in Portugal is covered by the campaign.