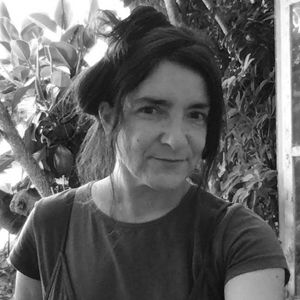 Artistic practice: Adriana Sa is a transdisciplinary artist, musician, performer/ composer and researcher. In the 1990s she started using sensor technologies to explore music connected to light, movement, architecture and weather.Currently she explores disparities between human perception and digital analysis as creative material. With John Klima she developed 3D software that operates based on her custom, acoustic zither input. Between 1995 and 2009 she worked full-time on her artistic projects, with grants, supports and commissions. Her work was presented in Europe, USA, Japan and Brazil.

Academic practice: After more than a decade dedicated to artistic practice, Adriana entered the academic world.

In 2016 she was awarded a PhD in Arts and Computing Technologies at Goldsmiths, University of London, funded by the FCT. Her research bridges creative practice and perception science. She published with the MIT (Leonardo Almanac 2013 and Leonardo Transactions 2015), with the Journal Of Science And Technology Of The Arts (2015), with XCoAX 2014 and XCoAX 2017, as well as with NIME 2014.

She chaired the ICLI - International Conference on Live Interfaces 2014 and was the main editor of its e-book.

She also evaluated submissions for the Leonardo Journal (MIT) and the Digital Creativity Journal (Routledge). Currently she teaches at University of Coimbra, at ESAD - Upper School of Arts and Design/ IPL and at Lusofona University.

2016: PhD in Arts and Computing Technologies at Goldsmiths. University of London. UK.