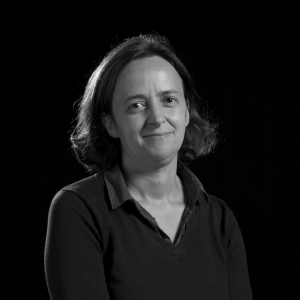 Before, Celia coordinated and co-authored the research project “ADOPT_DTV: Barriers to digital television adoption in the context of the digital switchover”, and iDTV-SAÚDE: Serviços inclusivos de promoção da saúde e bem-estar via televisão digital interactiva “ (UTA-Est/MAI/0012/2009), both financed by Fundação para a Ciência e Tecnologia (FCT). Also, Celia was local general coordinator of the conference ECREA 2014, the largest in Europe in the area of Communication Sciences. During 2011, Celia was local general coordinator and co-program chair of the conference EuroiTV 2011 (now ACM International Conference on Interactive Experiences for TV and Online Video).

In 2008, Celia Quico obtained her PhD in Communication Sciences, in the area of Interactive and Audiovisual Media, by Universidade Nova de Lisboa, with a thesis about young people and their usage of media and information and communication technologies in the current media convergence context in Portugal.

Previously, Celia worked as a project manager in the areas of IDTV and multimedia for the largest pay-TV operator in Portugal ZON TV Cabo, from November 2000 until February 2009. As a project manager in TV Cabo, she collaborated as a consultant for Portugal Telecom corporate social responsibility initiative PT Escolas, which promoted digital literacy among Portuguese young people.