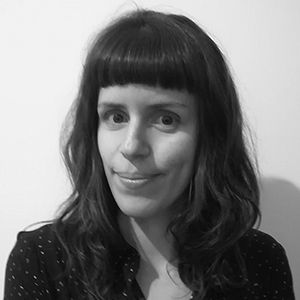 Rita Grácio holds a PhD in Sociology from the University of Exeter (UK), and an MA and BA in Sociology from the University of Coimbra (Portugal). She is Assistant Professor at Lusófona University, teaching Organisational Behaviour, Organisational Communication and Skills Management, at undergraduate and masters' level. As a researcher at CICANT-Lusófona University, Rita Grácio takes part in several European-funded research projects, such as filmEU (Eramus+: 101004047, EPP-EUR-UNIV-202), filmEU_RIT (H2020: 101035820), RestART Europe-Mentoring Second-chance Female Entrepreneurs to Restart the European Arts and Creative Sector (2021-1-FR01-KA220-SCH-000029887, as well as in FCT funded projects, such as muSEAum (PTDC/EGE-OGE/29755/2017) and YouSound (EXPL/SOC-SOC/0504/2021, hosted by NOVA University of Lisbon). Previously she worked for two research projects, also funded by FCT: New Poetics of Resistance: Poetry in the 21st century (Centre for Social Studies, University of Coimbra), and The History of the Visual Culture of Medicine in Portugal (NOVA University of Lisbon). Rita Grácio has presented her research at several national and international conferences (ESA 2021, 2016, 2013, 2009; IAMCR 2021, among others), and has published book chapters and articles, either single or co-authored, on several outlets, such as Journal of Creative Industries and Cultural Studies (JOCIS), Museum International, Working with Older People, Cadernos de Arte e Antropologia, Revista Crítica de Ciências Sociais, among others; and she is one of the editors for MAiA: Music and Arts in Action (University of Exeter). She is a qualitative sociologist (interviews, ethnography, focus group, arts-based research), knowledgeable about quantitative methodologies and SPSS. Her research interests are on the sociology of arts and culture, on the production and consumption of arts, cultural and creative industries, the gendering of art worlds, creativity in everyday life, visual culture, digital cultures. She has co-produced a database on literary magazines. She has collaborated with the filmmaker Francisca Marvão on the documentary Ela é uma música, about Portuguese women rockers, debuted in the independent film festival IndieLisboa 2019. She is also a poet, and she has delivered poetry readings and creative writing workshops, and published in poetry maga/zines.