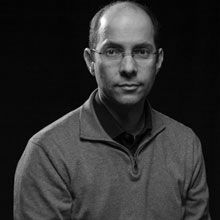 He was recently the editor for the book The Third Image. Stereoscopic Photography in Portugal (Short Digital Version, 2016, Documenta), and has previously published books such as The Technical Images and their Beliefs (Vega, 2012) and Minimalism and Post-Minimalism: Form, Anti-Form and Body in the Work of Robert Morris (Labcom, 2007).

Since 2015 he has curated several exhibitions dedicated to stereoscopic photography.