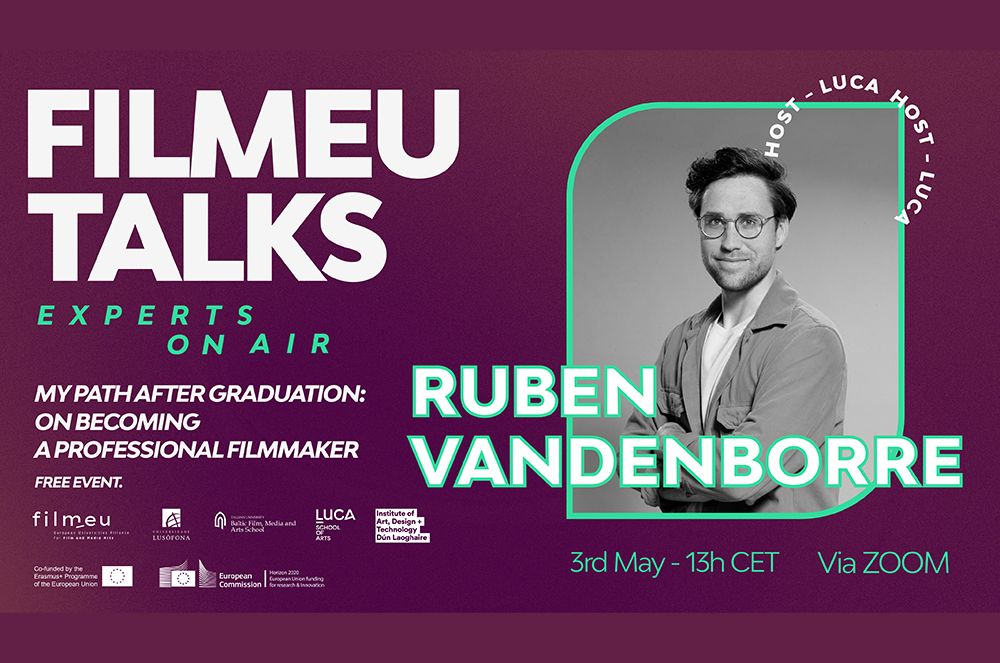 Next FilmEu Talks Experts on Air we’ll have Ruben Vandenborre as a guest. Ruben Vandenborre is a Flemish screenwriter and director and a graduate of The Luca School of Arts. After graduating with his short film ‘Vriend van Goud’, he gained experience as a producer at Woestijnvis and on the set of fiction productions such as Gent-West.

Besides that, he’s also the producer of ‘Hacked’, the first youth series of his production company Dingie, which won the Short form competition at Cannes.

Join the conversation next Tuesday at 13h CET (Brussels time)!

The event is free! Register here.